What to Know About Restraining Orders in Child Custody Cases

Child custody cases can cause extreme emotional distress, resulting in heartache for both parents involved. A restraining order in place makes the process more difficult. There are many things a parent needs to know about custody disputes when one party has an injunction against the other.

In many child custody cases, both parents try to be civil with each other. Getting along for the sake of the children is ideal, but not always possible. When a protective order is involved, interactions between the two parties should be limited, even if both parties are civil. Usually, a court grants an injunction when they believe one is an assailant and a violent or obvious threat. If the person who is protected by the order initiates the contact, the court will not vacate the terms of the mandate.

Violating a restraining order carries serious charges. The individual violating the order can be charged with either a misdemeanor or a felony. If a parent faces arrest during a child custody case, it can make it more challenging for that person to get joint custody or any visitation privileges.

When a Protective Order is Related to Domestic Violence

If a restraining order is related to a domestic violence case, whether against a former romantic partner or a child, obtaining custody and visitation for the offender will be more difficult. If the violence occurred within the past five years, the court would not likely consider granting custody to that parent since it would not be in child’s best interests.

However, a restraining order doesn’t prohibit a parent from getting custody. The court will require the parent with the restraining order against them to present evidence to support their claim that they would be suitable for custody of their child. Additional things courts take into consideration include the following:

When a restraining order is violated, the violator can be placed on probation. This is true even if reconciliation has taken place between the two parties. Going back and forth can further complicate things in a child custody case.

Family Law Attorneys for the Riverside and San Bernardino areas

Since 1989, Bratton Razo & Lord has worked with couples and families through their transitions and protected them during the process. We would be happy to discuss your situation with you and discuss your options.

Our dedicated team of attorneys has served families in and around Riverside County for nearly 30 years. We have the experience and compassion you seek to resolve your separation or divorce as well as child custody arrangements. Call (951) 684-9000 or connect with us for a free consultation. How is Spousal Support Determined in California? What to Know About Restraining Orders in Child Custody Cases Can Social Media Affect My Divorce? 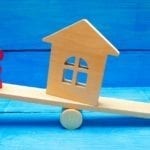